In this episode we cover all elements of Earth 2 tokemonics, from how essence is earned to the token split between players and the team to the Earth 2 DAO and team.

Right, just in case you haven’t watched any of the other parts I’m going to add in the Earth 2 disclaimer before we move onto the content.

We chose to go with a disinflationary model where there is a cap on the total supply of Essence that can be generated. There will be a supply total of 5,000,000,000 Essence as an ERC-20 utility token on the Ethereum blockchain.

The game introduces Essence into circulation through Land Management Income from the EcoSim and Rewards (Play to Earn). It then takes Essence out of circulation by establishing it as a resource that needs to be spent to play the game – a Utility. While Rewards are fixed Essence gains solely tied to a player’s immediate actions and accomplishments, Land Management Income mechanics – like E-ther Evaporation – are based on the amount of Essence that is not yet in circulation. This means, the more Essence that is spent by the players, the stronger the overall income mechanics will become.

As Essence is needed to play the game, this mechanic is intended to provide the necessary starting capital for every Landowner to start playing and enough circulation of Essence to support other Players and activities inside the Earth 2 ecosystem. By tying the strength of Income to the yet uncirculated amount, the system balances itself: If the amount of Essence in circulation is too low, it will automatically increase; if it is too high and in danger of reaching the cap, it will automatically reduce itself. Together with the amount of Essence needed to create a day’s worth of Resources being in relation to the average Essence yield per tile on any given day (instead of it being a fixed cost), the game and the tokenized currency are shielded from each other: The game experience is not dictated by the inherent volatility of the currency, and the currency’s value can freely develop without a fixed value being suggested by Resource costs during gameplay.

In the near future, additional Reward and Income mechanics will be added to supplement this basic supply and add more options for players that might want to take different approaches towards obtaining Essence. The tradable supply of Essence in the market is equal to the circulating supply and the Current circulating supply of Essence that will be unlocked by users at launch being a total of approximately 112M at this point in time, 22-02-2022.

To understand ways a Player can earn Essence, please read the description and details provided under Essence in this document.

Outside of Play to Earn, the only other way to acquire Essence is on-chain, directly to a Player’s blockchain address. From there it can be subsequently transferred for use in Earth 2 through the connection of a Player’s wallet to the Earth 2 platform.”

That’s all good in theory. It does sound great for balancing however this can only be done with the supply percent that is set aside for gameplay. There’s still huge amounts of essence set aside for the team and promotions. I would be interested to know what safeguards, if any, they plan on putting in place to ensure you don’t have individuals dumping and having big impacts on the circulating supply.

I’m also super curious as to if any of these uses are actually burn mechanics of if essence simply return to the E2 wallet. As far as I’m aware, there hasn’t actually been any mention of burn mechanics yet. Hopefully this will be addressed when the full whitepaper does drop.

When considering the token allocation we wanted to ensure we assign a major percentage of tokens to a pool that can be accessed and earned by Players and the people who will build Earth 2. Earth 2 is in the unique position to forgo a public pre-sale of the Essence token as we are currently in a position to self-fund the Earth 2 project and can pass this benefit onto our Players. It should be noted that the initial circulation of Essence will be completely Player owner Essence currently earned by Players inside Earth 2. This total sits at around 112 million today. Team allocated tokens will vest over an extended period of time and be released in small increments meaning the majority of external trade of Essence will be Player Earn Tokens from inside Earth 2.

This decision was made to put the Players who remained dedicated and spent the time earning Essence, in control of the initial circulating supply.”

OK so that team allocated tokens being released in small increments is certainly a good start at safeguarding the market from an individual flooding it. I would certainly be interested in reading more specifics on that but it sounds like a good start.

“These rewards will be achievable via P2E rewards, in game asset ownership management, trade, game play and a staking pool (by locking up assets) to secure the Earth 2 protocol. Inside this draft Document you will find numerous examples of game activity that will earn Rewards for a Player. This list will continue to evolve over time.

Players will be rewarded with additional Essence tokens for staking their Essence. This helps secure the native Earth 2 token, providing it price stability while rewarding the most loyal community members.”

So yeah we’ve previously gone over some of these mechanics for earning Essence inside of Earth 2, be sure to go over the other draft paper chapters if you’ve missed that.

I’m certainly interested in the staking too. Although with my plans for Shoon City, I’m unsure of how much will be left to stake. I will certainly be using a lot to upgrade Tier 2 land to Tier 1, depending on the cost of course and then we will have ecosim building to pay for too.

– Including but not limited to Senior Team Members, Junior Team Members, Community Managers, MODs and so forth. These tokens will vest with periodic releases over a 36 month period. Frequency and percentages to be unlocked will be released in the official White Paper.”

If I understand correctly that’s 1.25 billion being released to the team over a 3 year period, just over 34 million per month or another way to look at it is the total circulating supply that’s been released to players to date will be released to staff every 4 months. That sounds like a lot to be adding to the circulating supply and it’s probably the thing that’s worried me most about this draft paper to date. But without having the whitepaper or knowing the game mechanics, it’s impossible to know what impact this could have. For those of you more in the know in regards to crypto, please let me know if I’ve understood this part correctly.

The allocation for the remaining 24% will be released with the official White Paper closer to when the Token goes live and will be allocated to areas which will benefit Earth 2 expansion and it’s Players, such as : an Ecosystem Fund (community proposals, disbursements, developer driven projects), Advisory Allocation (Advisors, Partners, Strategic Alignment), Operational Costs (ongoing Operational Costs for Earth 2 so it can run forever), E-Sport Sponsorship Programs.”

Yeah, that makes sense. We’re going to need to bring a lot of attention, influencers and spotlight to Earth 2 when the time is right. Having a big stack of motivation will certainly help with that. I have no objections or issues here.

Now onto section 8, DAO. I usually only do 1 section per video but this and the next are all pretty small so it made sense to lump them together. Anyways!

After we have successfully launched the Earth 2 Essence Token, we will focus on providing the process of minting tiles on Earth 2 into NFTs which will in turn serve as a Decentralised Autonomous Organisation (DAO) governed by the owners of land inside Earth 2. Each Essence Token will also provide a voting right inside the DAO but at a lower voting ration than Earth 2 land tiles.

Land Tiles will be claimable for ERC-721 tokens minted on an EVM compatible Network. This will allow users the opportunity to mint an immutable asset, correlated to their tile. This will be the first step of fully integrating land tiles on-chain.

Holders of these NFT’s will be able to participate in governance decisions brought up for voting inside the Earth 2 Metaverse.

A higher level of detail will be released about the Earth 2 land DAO closer to this process going live, but some high level details are offered below to give Players an idea on what type of voting rights their land tiles will give them:

So there we go minting of the Earth 2 tiles but again as I’ve mentioned in previous section of the draft paper it does appear minting is going to be an optional thing for players rather than something that’s going to be automatically done for tiles. I would also love to know more about what we will actually be voting on. The 5 areas mentioned give us a little insight, but I’m still curious as to the voting topics or points. Do you guys have any ideas what they could be?

This section is actually empty other than a link to the teams page on the Earth 2 website.
The team: https://earth2.io/our-team

Previous Can you Solve the Unsolved Riddle and Claim the Prize? – An Earth 2 Mystery
Next Earth 2 Draft Paper: Part 10 Roadmap 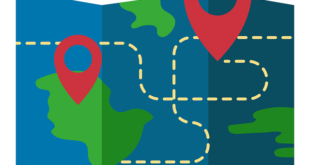 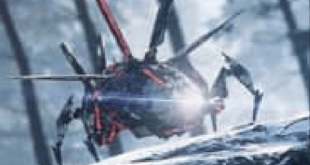 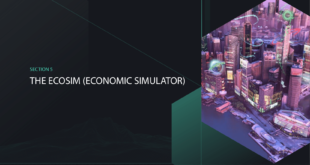 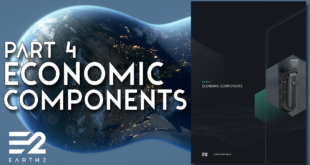