So, I’ve seen a lot of confusion over the recent release of resource heatmaps within Earth 2. I’m just going to go over how to check them, what it means and how they work.

Right so the first thing I need to say is resources only show on player owned properties. There’s been a lot of posts where people are saying the distribution is fixed and follows the shape of player owned land. Which, yes, it does, but that’s intentional. It’s not meant to show on land that’s not owned. That’s not to say non purchased land doesn’t have resources, just that the heatmaps exclude that data.
Once new land has been purchased it will be added to the heatmaps too. Although Shane has stated this could take 24 hours or more, so don’t expect to instantly see a spot after purchase.

Now please do remember E2 have also stated several times that just because a property has resources doesn’t necessarily mean the free land next to it will too. So do express caution when buying new land.

You should also know the resource heat map dot for your property may not even be on your property, if it’s a split property or a property with gaps. The dots tend to just go to the center of the overall property for plots of 2 tiles or more, regardless of if that’s owned by you. For single tiles it’s in the top left corner. This is also the reason why you might see the odd property with more than 1 dots. It’s the overspill from another property.

Now, how to check your dots. The best way is to zoom out until the tiles vanish, then you can pretty much see where the dots are, holding your mouse where your plot was helps to remind you of the exact spot. You can also use a method of flicking between gold and oil to see if you notice a flash or change. This is an indication of a spot being there.

Shane has also stated he’s looking into a solution to making them more visible, such as potentially adding a dot to every tile within a property. So hopefully it’s not too long before they roll out an update on that.

We do also need to remember this is phase 1 of the gold and oil rollout. The areas with the highest concentrations. We are getting future ones which will represent smaller sources of the resource and areas spread out a little further from the main deposits, but those which are live now, will have higher amounts inside Earth 2.

It’s kind of easy to get caught up in just thinking of resources as mines and oil rigs which are active now. But Earth 2 never said they were giving a map of just active mines. We’re getting all the resource data. From areas which have had all the resources removed in the past to areas which don’t have the resources mined for practical or financial reasons. Don’t forget there’s been mining activity for generations. Some huge pockets have been long forgotten and built over but now exist on the E2 map.

Again don’t forget we’re also getting player validation where we can submit additional missing resource areas for approval by providing proof and validators even getting a reward for doing so. This however is a few weeks away.

Now this is just the start of resources, a test of 2 and the first phase of even that. There will be more weaker sources added and then going on to add additional resources too. It’s easy to get disheartened if you didn’t get many hits, especially when we have a lot of time and money into the project. But remember you could always strike it lucky with the next rollout and even if you don’t, all properties will have access to some form of resource in the future. 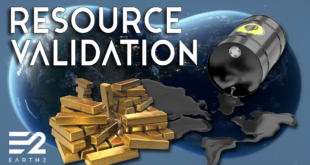 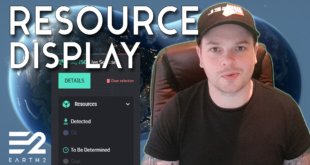 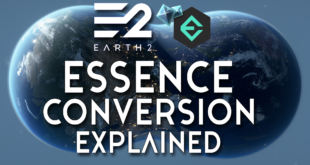 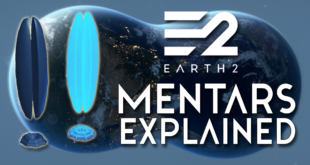 So, first of all Mentars are the first Ecosim building. They detect E-ther that evaporates …