An Earth 2 Player Interview with Resin

So the first for the channel an interview style video, where we interview Resin, a well know Earth 2 player and megacity founder.

Here we ask him a multitude of questions from myself and the community.

Q1: Resin if you would like to introduce yourself, tell us a little bit about your Earth 2 journey so far and your megacity project?

Q2: What inspired you to create a megacity and how can people become a part of it?

Q3: What’s your opinion of Cope Studio removing the Earth 2 logo from their website? I think they might have published the partnership before Shane was ready to go public, do you have any other thoughts on it?

Q4: If you could give just one bit of advice to new players just starting in Earth 2, what would it be?

Q5: Earth 2 has a lot of features coming up over the next few months, from the Essence token launch to the ecosim, adverts, the social media app and even drone the game. What in particular gets you most pumped about Earth 2 going forward?

Q6: How are you doing financially from Earth 2? Are you in profit, have you taken any funds out?

Q7: Are you active in any other metaverse projects and if so, can you tell us a little about those.

Q8: So I noticed you recently left the Dorkslayer guild. Can you tell us what happened there or is that something you would rather avoid?

So next up we have some questions from the community.

First up we have one from Hippo48:

How is he planning to reach all Malta land holders for the community Knights of Malta?

What is your favorite aussie beer.

What do you think is the current role of the guilds and what do you imagine it will be in the future with a full-fledged ecosim?

What is the story behind that smokin hot profile picture you used for a while?

Here’s one from Moby:

Does you think E2 is ready for a major ad campaign? What would you like to see implemented before that occurs?

Yehna asked the two of us:

According to vlog #7, community cooperation, such as essence staking and resource cooperation for construction, seems to be important in Phase 2.5.

Q: How do you plan to co-operate with diverse and large numbers of citizens?

Is there an interesting story behind your in game name?

Which of your E2 tiles have he visited in E1?

A good one from Gizmos:

Where do you expect essence value 1 month after launch?

What gets you super duper excited the most in E2?

Which Earth 2 feature would you change?

Wants to know how many jewels you have slotted? 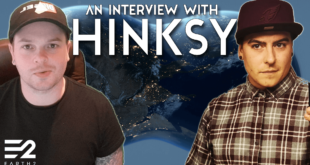 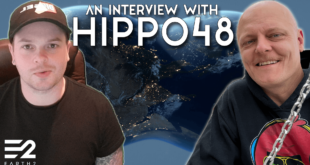 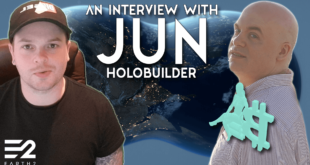 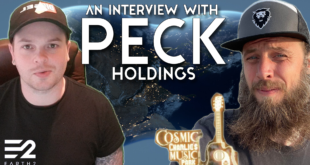